Over the years, ANCEFA has grown steadily from a lobby NGO with few members to over 39 country affiliates, three sub regional offices in addition to a Regional Secretariat in Dakar. The organization has over the years coordinated the implementation of key educational programs and continues to implement a number of projects in different countries. It has established itself as a continental apex body, working with a number of international, regional and national partners to advance free quality universal education campaigns and addressing some of the critical policy frameworks.

Through its programs, ANCEFA made significant contributions to the Sub Saharan Africa Region Ministerial Conference on Education Post 2015 (Kigali, Rwanda, February 2015), under the auspices of UNESCO, AU Commission and Government of Rwanda to develop key regional recommendations to feed into the post-2015 education agenda and the Framework for Action that was adopted at the World Education Forum In Incheon, South Korea in May 2015 and the UN’s broader development agenda adopted at the UN in September 2015.
Under its education financing advocacy program ANCEFA made contributions at the Third International Forum of Finance for Development, Addis Ababa, Ethiopia July 2015.This meeting was attended by high-level political representatives, Heads of State and Governments, Ministers of Finance, Foreign Affairs and Development Cooperation, relevant institutional stakeholders, NGOs and business sector entities. The conference produced an inter-governmentally negotiated and agreed outcome document, the Addis Ababa Action Agenda (AAAA) billed as an important contribution to the implementation of the post-2015 development agenda.
ANCEFA subsequently participated in the United Nations General Assembly on Post 2015 Agenda to mark the 70th United Nations General Assembly (UNGA) for the adoption of the post 2015 agenda. ANCEFA’s contributions in this meeting fed significantly in the development of the Sustainable Development Goals (SDGs). ANCEFA took part to influence the debates and ultimately witnessed the adoption of the SDGs as a representative voice of CSOs in Africa.
ANCEFA’s work at the national level has contributed to the increase in budget allocations of at least 6% of GDP or 20% of their national education budgets. These countries include Ghana, Ethiopia, Zambia, Tanzania and Burkina Faso.ANCEFA’s work is also contributing to ensure that education is addressed holistically, and that issues around access are addressed alongside quality and equity.
Apart from being instrumental in the African Union First Specialized Technical Committee for Education Science and Technology, Addis Ababa, ANCEFA mobilized education focused CSOs (Including Association of African Universities, Association for the Development of Education in Africa (ADEA), Education International (EI), FAWE, etc.) and came up with highlights of the gaps in CESA and a resultant communiqué and written inputs to the Drafting Team of the CESA to help address identified gap.
ANCEFA was also instrument in major international advocacy engagements and conferences where the organization influenced a number of policy decisions and processes. Some of these include the 2015 World Education Forum and the High Level Education 2030 Forum, the World Education Forum (WEF) in Korea and the High Level Education conference in November 2015 in Paris.ANCEFA and some African CSOs participated as members of the UNESCO Collective Consultation of NGOs on EFA (CCNGO/EFA). ANCEFA led the preparation of the outcomes document of the WEF. ANCEFA took part in various sessions of the NGO Forum and was also part of the Steering Team. ANCEFA mobilized African CSOs to engage Ministers of Education, Representatives of the AU and UN agencies on the outcome document.
The organization also developed position papers which it used to influence the key outcomes of the WEF 2015 and the Incheon Declaration, which was adopted with strong inputs by civil society organization and reflected a lot of inputs in the preceding NGO Forum Declaration such as on inclusive education, education financing and monitoring and follow up mechanism.
ANCEFA has built and earned legitimacy not only with national and local institutions across Africa but also with continental, regional, global institutions (AU, ECOWAS, SADC, ECOWAS, UN etc.) and international organizations such as UNESCO, OXFAM, ACTIONAID, GCE, GPE, Save the Children and many more. 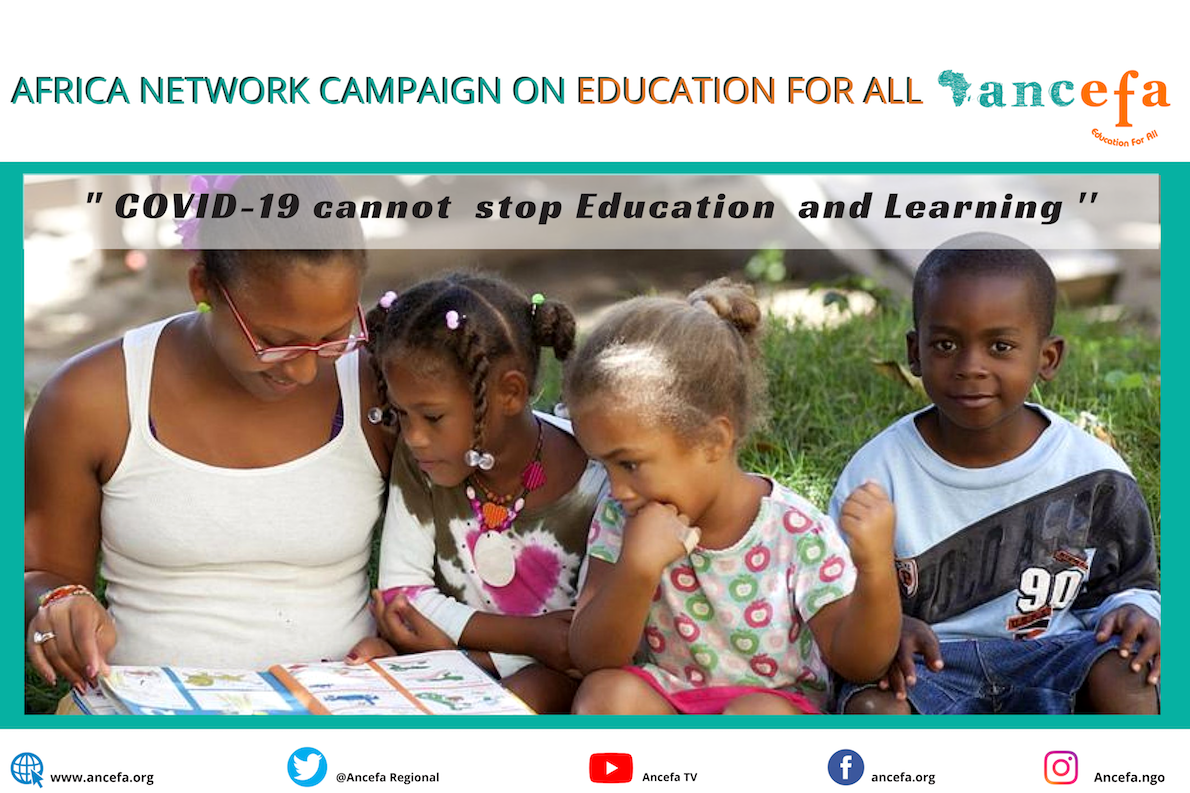 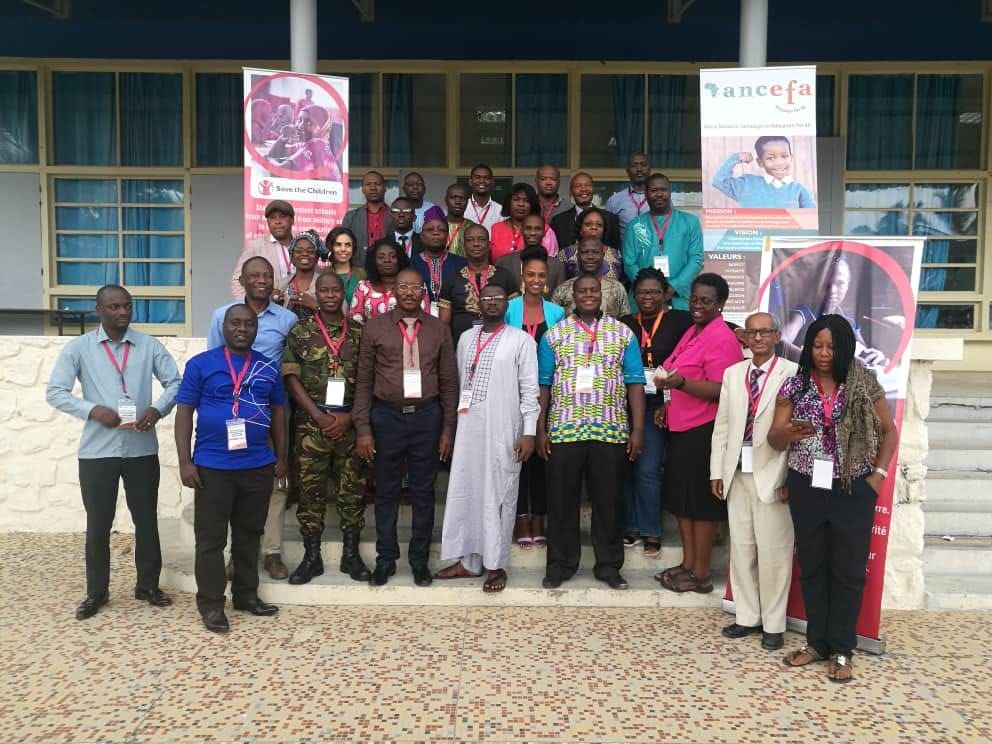 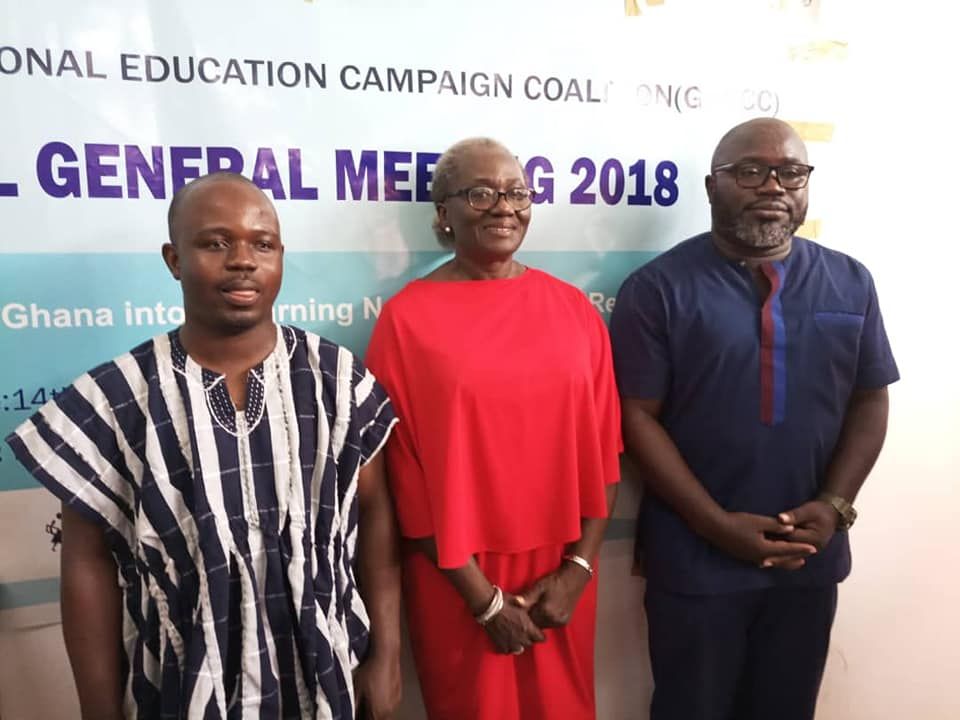 We held our Annual General Meeting on 14th December, 2018 at the Institute of Local Government Studies in Accra where Mr Kofi Asare, an Education Consultant was elected to Chair the Executive Council. Kofi Asare takes over from Bright Appiah

The mission of the African Campaign Network for Education for All (ANCEFA) is to promote, foster and strengthen the capacity of African civil society to advocate and campaign for access to quality free education for all .